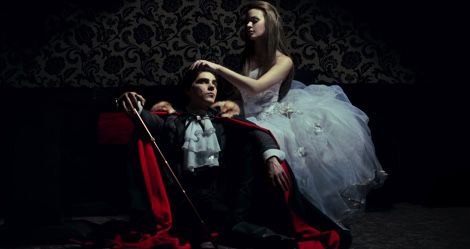 This giveaway asking for the book with the best vampire love story is sponsored by Vampires Like it Hot by Lynsay Sands. 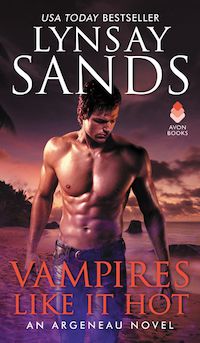 Vampires are real. Jess would’ve never believed it until she saw them with her own eyes. She knows she has to get off the island, and her gallant rescuer has offered to help. There’s something about Raffaele that’s unlike any man she has ever met, and his touch sends pleasure through her that is beyond all imagining. But when Jess discovers who he really is, will she risk life as she knows it for a chance of forever by his side?

Okay, look: I’m a bit overwhelmed. There are just so many books with vampires in them. And so many books with love stories in them. And there’s a lot of overlap. I just don’t know where to start! So I asked you to do a fellow reader a favor and submit your pick for the book with the best vampire love story. Here are just some of the fangtastic recommendations you provided!

The Golden by Lucius Shepard

The Unearthly by Laura Thalassa

A Shade of Vampire series by Bella Forrest

Darkness Before Dawn Trilogy by J. A. London

Interview With The Vampire by Anne Rice

Court of Vampires by Megan Linski