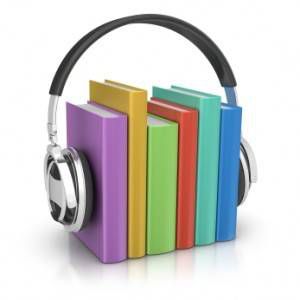 A soundtrack can make or break a movie in the same way that acting, a script, or the production style can. What I love about movie scores is that they tell a story in a different way than most other music does. I’ve been collecting soundtracks for years, and it’s a hobby I recommend to any music lover. Here’s a list of my favorite scores, soundtracks, and singles. It is by no means comprehensive, but I think there’s something here for everyone.

If you’re the type to cry when listening to emotional music, then you’ll be sobbing by the end of this one. “Briony,” the opening track, sets the stage for the suspense to come, and Jean-Yves Thibaudet’s rendition of “Clair de Lune” wraps the whole thing up beautifully. “Elegy for Dunkirk” and “Atonement” are hauntingly melancholic.

The scores of the first two Bourne movies are both great, but what sets The Bourne Supremacy apart are quiet, emotional songs like “Funeral Pyre,” “New Memories,” and “Atonement,” and techno tunes like “Gathering Data” and “Nach Deutschland.” Two of my other favorites are “Goa,” the opening track, and “Bim Bam Smash,” which plays during the chase scene.

The Chronicles of Narnia: The Lion, the Witch, and the Wardrobe | Harry Gregson-Williams

This soundtrack captures the heroism and adventure of the movie and novel so well. My favorite songs are “The Blitz, 1940,” Evacuating London,” “A Narnia Lullaby,” and “The Battle.”

The Girl with the Dragon Tattoo | Trent Reznor & Atticus Ross

This soundtrack has a dark, slightly creepy quality to it that I love. The first track, “Immigrant Song” features Karen O, and the last track, “Is Your Love Strong Enough?” was contributed by How to Destroy Angels.

Harry Potter and the Prisoner of Azkaban | John Williams

John Williams composed the scores to the first three Harry Potter movies and I was so sad when other composers replaced him for later films. All three of those soundtracks are brilliant, but The Prisoner of Azkaban was the best of them, thanks to songs like “Double Trouble,” “A Window to the Past,” and the oft-overlooked but gorgeous “Secrets of the Castle.” And of course no one can forget “Lumos! (Hedwig’s Theme),” which is a shorter version of “Hedwig’s Theme” from The Sorcerer’s Stone.

This haunting score made the 2011 Jane Eyre movie adaptation the best ever (at least that’s my opinion). The whole thing is amazing, but if you must pick two songs, buy “Wandering Jane” and “Yes!”

The Lord of the Rings: The Return of the King | Howard Shore

Howard Shore did an amazing job with The Lord of the Rings and PSA: you should buy all of the soundtracks. BUT, The Return of the King was my personal favorite. I love the creepiness of “Minus Morgal” and “Shelob’s Lair” and the epic “The Fields of Pelennor.” “The Grey Havens” recalls some of the sounds from The Fellowship of the Ring soundtrack, and Annie Lennox’s “Into the West” wraps everything up very nicely.

This soundtrack really brings to life the aspects of traditional Japanese culture that Memoirs of a Geisha portrays. “Sayuri’s Theme,” “Becoming a Geisha,” and “The Chairman’s Waltz” are my favorites.

This is the kind of soundtrack you want to listen to while lying in the grass of a picturesque field on a sunny summer day. Heavy on piano and light, airy strings, every track is absolutely gorgeous, from the upbeat drums of “The Militia Marches In” to the transcendental “Liz on Top of the World.” This is one of my two favorite soundtracks of all time.

This very long (29 tracks) soundtrack is also one of my top two favorite soundtracks of all time. It has a unique sound that manages to capture the odd steampunky tone and imagery of the movie. There are quiet, emotional tracks like “The Baudelaire Orphans” and “The Letter that Never Came” and weirdly upbeat tunes like “The Marvelous Marriage” and “Loverly Spring.” Two of my favorite tracks sandwich the whole production–“The Bad Beginning” and “Drive Away (End Title).”

“Misty Mountains” from The Hobbit: An Unexpected Journey | The Dwarf Cast & Richard Armitage

Singing dwarves are the best dwarves, especially when one of the aforementioned dwarves is played by Richard Armitage, who, not at all surprisingly, can sing like nobody’s business.

Based on the comic books, the most recent series of Batman adaptations has been the most impressive to date, and Hans Zimmer did a brilliant job of writing scores that added drama and suspense to the movies. “Rise” is the most popular track from The Dark Knight Rises.

There was a ton of buzz about this soundtrack when it was first released. I love it, though I think it would have been better if they had used an instrumental score in the movie itself. Pretty much every song is amazing, but my top picks are “Young and Beautiful” by Lana Del Rey, “Crazy In Love (Kid Koala Version)” by Emeli Sandé, “Bang Bang” by will.i.am, “A Little Party Never Killed Nobody (All We Got)” by Fergie, Q-Tip, and GoonRock, and “No Church in the Wild” by Jay Z and Kanye West. Nero, Sia, and Florence and the Machine also made great contributions with “Into the Past,” “Kill and Run,” and “Over the Love.”

This compilation features two great songs by Taylor Swift–“Safe & Sound” and “Eyes Open,” plus “Just a Game” by Birdy.

This compilation was a significant improvement on the one for The Hunger Games. My favorite tracks are “Atlas” by Coldplay, “Elastic Heart” by Sia feat. The Weekend & Diplo, “We Remain” by Christina Aguilera, and “Everybody Wants to Rule the World” by Lorde.

The Phantom of the Opera | Andrew Lloyd Webber

Whatever you think about the movie (I personally think it’s the most ridiculously melodramatic thing I’ve ever seen my life), the soundtrack is pretty impressive thanks to Emmy Rossum’s amazing vocals. “The Phantom of the Opera” and “Wishing You Were Somehow Here Again” are two of my favorites.

“Boom Clap” from The Fault in Our Stars | Charli XCX

This fun, upbeat pop single is a great addition to The Fault in Our Stars soundtrack.

We got a sneak peak of Beyoncé’s new version of “Crazy In Love” in the Fifty Shades of Grey trailer and I think that whether you’re a Fifty Shades fan or not, we can all agree it will probably be the best thing about the movie.

“I See Fire” from The Hobbit: The Desolation of Smaug | Ed Sheeran

“I See Fire” was written and recorded (for the most part anyways) in only one day–the same say Ed Sheeran first saw The Desolation of Smaug. The genius! I love this song and I think it goes so well with the tone of the film.

Okay, so technically Skyfall isn’t based on a book, but James Bond was originally a book character, so I’m including it. Adele is insanely talented and “Skyfall” was one of the best movie soundtrack singles to come out in years.

(Editor’s Note: A correction was made to the release date of the Jane Eyre adaptation and to the name of the composer of the Pride & Prejudice soundtrack.)