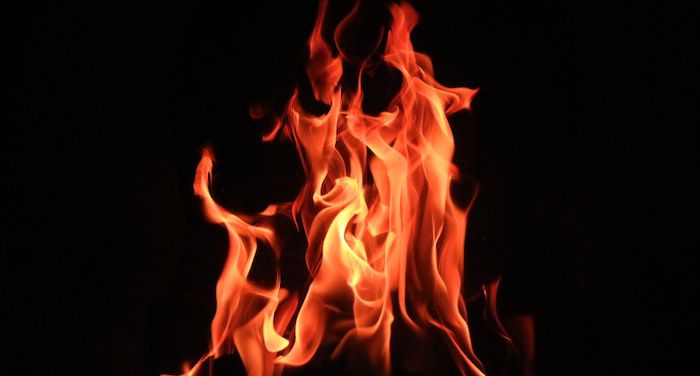 Even though it’s a relatively short book (just around 200 pages), the words in Fahrenheit 451 are so pointed and searing that choosing a list of my favorite Fahrenheit 451 quotes was more than a challenge. 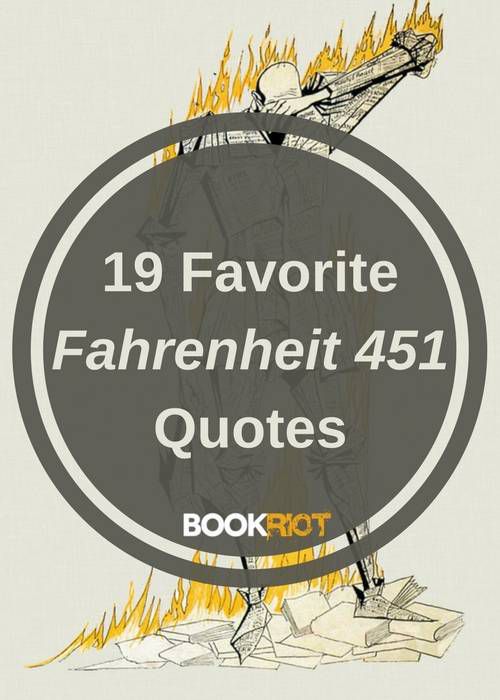 Ray Bradbury packs so much into each of his words, each of his lines. You’ve got quotes about fire and censorship, but just as many quotes about knowledge and its transcendent power. From one-liners that make your breath catch, to paragraphs that race, here are the Fahrenheit 451 quotes that struck me the hardest:

2. “‘Bet I know something else you don’t. There’s dew on the grass in this morning.’ He suddenly couldn’t remember if he had known this or not, and it made him quite irritable.”

8. “‘Cram them full of noncombustible data, chock them so damned full of ‘facts’ they feel stuffed, but absolutely ‘brilliant’ with information. Then they’ll feel they’re thinking, they’ll get a sense of motion without moving. And they’ll be happy, because facts of that sort don’t change. Don’t give them any slippery stuff like philosophy or sociology to tie things up with. That way lies melancholy.'”

9. “‘Books were only one type of receptacle where we stored a lot of things we were afraid we might forget. There is nothing magical in them, at all. The magic is only in what books say, how they stitched the patches of the universe together into one garment for us.'”

12. “‘Remember, the firemen are rarely necessary. The public itself stopped reading of its own accord.'”

13. “‘What is there about fire that’s so lovely? No matter what age we are, what draws us to it?’ Beatty blew out the flame and lit it again. ‘It’s perpetual motion; the thing man wanted to invent but never did.'”

14. “‘But you can’t make people listen. They have to come round in their own time, wondering what happened and why the world blew up under then. It can’t last.'”

16. “I’ll hold onto the world tight some day. I’ve got one finger on it now; that’s a beginning.”

17. “‘We’re going to meet a lot of lonely people in the next week and the next month and the next year. And when they ask us what we’re doing, you can say, We’re remembering. That’s where we’ll win out in the long run. And someday we’ll remember so much that we’ll build the biggest goddamn steamshovel in history and dig the biggest grave of all time and shove war in it and cover it up.'”

And, then of course:

19. “‘Stuff your eyes with wonder,’ he said, ‘live as if you’d drop dead in ten seconds. See the world. It’s more fantastic that any dream made or paid for in factories. Ask no guarantees, ask for no security, there never was such an animal. And if there were, it would be related to the great sloth which hangs upside down in a tree all day every day, sleeping its life away. To hell with that,’ he said, ‘shake the tree and knock the great sloth down on his ass.'”