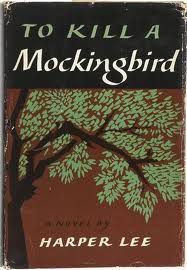 While poking around Bookish.com when it launched, I noticed something strange on the page for To Kill a Mockingbird—the ebook price is $90. I bounced over to Amazon to see if this was some sort of mistake, only to find that it isn’t for sale there at all digitally.

I have heard the occasional story of a backlist title that for some reason related to rights (publisher’s, author’s, etc) wasn’t yet available digitally, but I was surprised that such a beloved and widely-read novel was still print-only (heck, Book Riot readers named it their favorite novel of all time).

So, I was curious to see what other well-known titles were also print-only and found that a fair number of books we’ve all heard of still aren’t available as ebooks.

Of Book Riot Readers’ Favorite 50 novels, 13% of the non-public domain novels are still print-only (5 of 38), including To Kill a Mockingbird, Catcher in the Rye, One Hundred Years of Solitude, The Time Traveler’s Wife, and Rebecca.

I then started checking other collected lists and prizewinners and found that pretty consistently between 10-15% of any given list of novels still under copyright are only available in print. And in most cases, if one of an author’s work was still print-only, the majority of their work was as well.

Here are some notable titles:

So while it feels like ebooks are now officially a part of the main of reading culture, there is still a significant number of books that have yet to make the transition. I wonder if one reason the growth of ebook sales has slowed is that the number of backlist titles being made available digitally has slowed.

(If you know of a fairly well-known book that also remains print-only, I’d love to hear from you.)