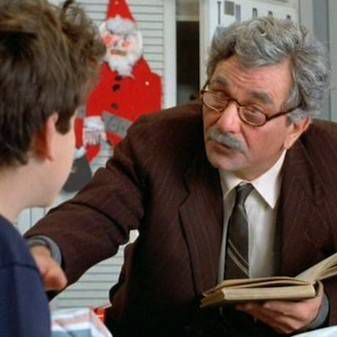 In these seventeen movies, books aren’t just mentioned or seen, they are major plot elements, and even characters. 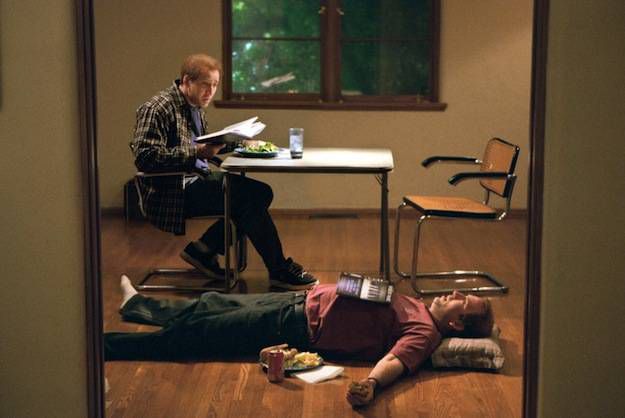 Fitting to lead off with a movie that is about adapting a book, namely Susan Orlean’s The Orchid Thief. Nicholas Cage’s Charlie Kaufman(s) stand in for the writer’s bravado and angst. It’s Kaufman at his very best, riffing and rollicking through creativity, story-telling, and identity.

2. Back to the Future II 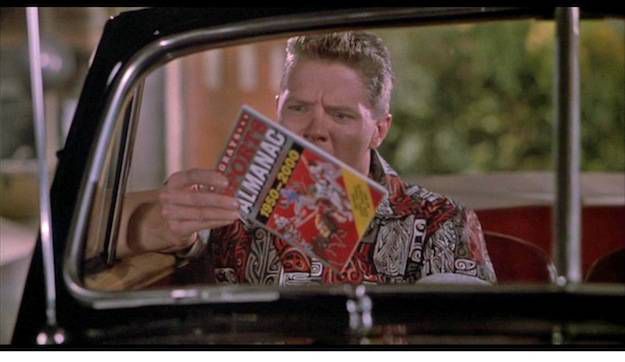 Gray’s Sports Almanac is an unlikely anti-hero, but when time travel is involved, knowing the outcome of every sporting event in the past/coming decades turns it into a cash-generating butterfly whose flapping wings rewrites future-history. 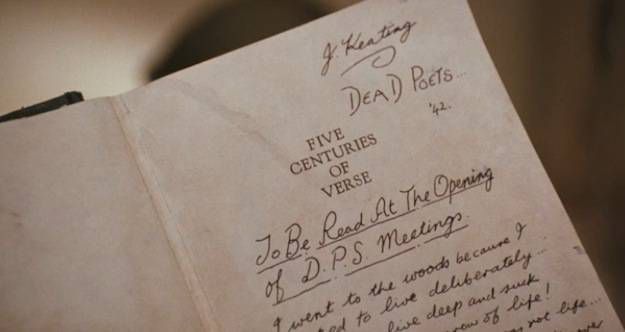 Ah, the early 1960s, when even an anthology of English poetry could seem rebellious. Part incantation, part initiation-rite, reading from Five Centuries of Verse was the Dead Poets’ sacrament. 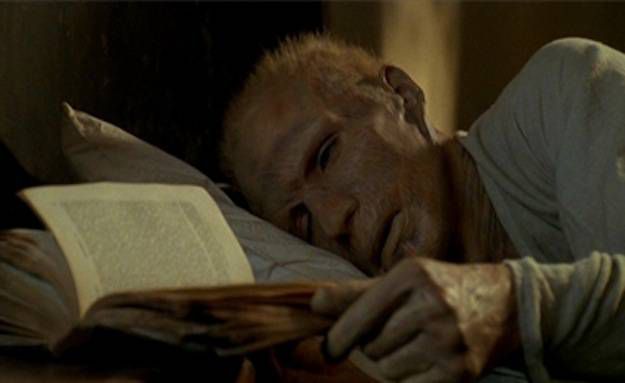 I could spend several thousand words expounding on Ondaatje’s choice of Herodotus’ The Histories to be Count Amache’s sacred text/journal, but I will restrain myself. Let’s just say that war, desire, sacrifice, betrayal, and story-telling figure heavily. And those scenes of Binoche reading to a scarred Fiennes: sublime.

For some reason, Hollywood loves the trope of the sequestered, frustrated and prickly (but secretly tender) writer, and Finding Forrester is a master class in this archetype. What is it about the idea of a writer creating a single, beautiful book and then nothing else that so fascinates us? Sean Connery’s character has been in seclusion since the publication of his breakout, insta-classic, Avalon Landing, only to be discovered by a well-meaning teenager. You probably can write the story for yourself from there.

6. Harry Potter and The Chamber of Secrets

A book that must itself be killed! As far as I know, this is the only movie where it is a book that must be vanquished (and with the tooth of a basilisk nonetheless). By most accounts the least successful of the Harry Potter movies, Chamber of Secrets is a lot of fun when Tom Riddle’s diary is on-screen. 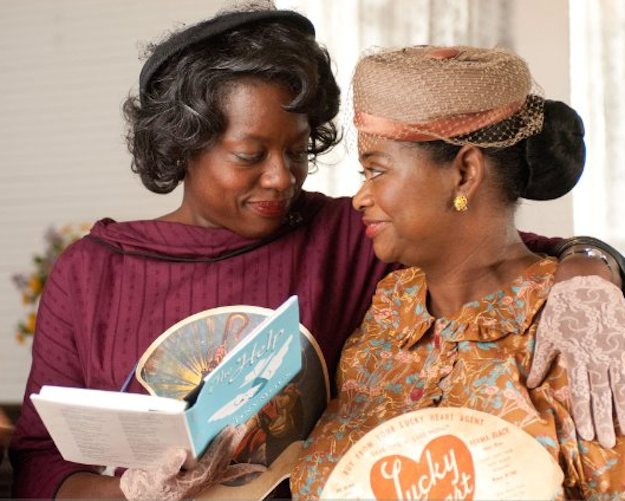 When it comes to liberal catharsis, there’s nothing like the fantasy of publishing a book exposing the social wrongs of conservatives. Is it just me, or would you rather have read The Help by Anonymous, even fictionalized, than the real novel, The Help? Is that too meta? Or just meta enough… 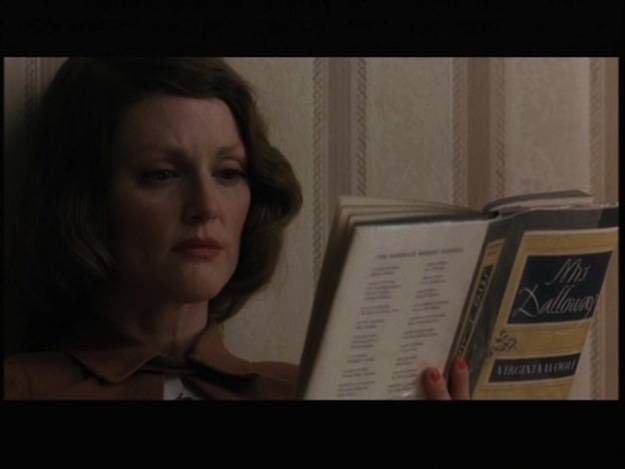 I have to admit, I was prepared to dismiss The Hours as a literary parlor trick, but I was wrong. Cunningham (and the movie) captures the elegaic everydayness of Mrs. Dalloway, albeit in fractured form, in a way I didn’t think possible. Kidman’s prosthesis aside, the lead performances here are fantastic, and it makes me wonder if someone could adapt Mrs. Dalloway itself.

9. Indiana Jones and the Last Crusade

The “grail diary” of Henry Jones, Sr. (Connery) becomes the macguffin that leads to the greatest macguffin off all time: the Cup of Christ. The Jones boys spend most of the movie trying to keep the diary away from the Nazis, only to find out, that the best thing they could have done was mailed it to The Fuhrer himself and let him have a crack at getting it. 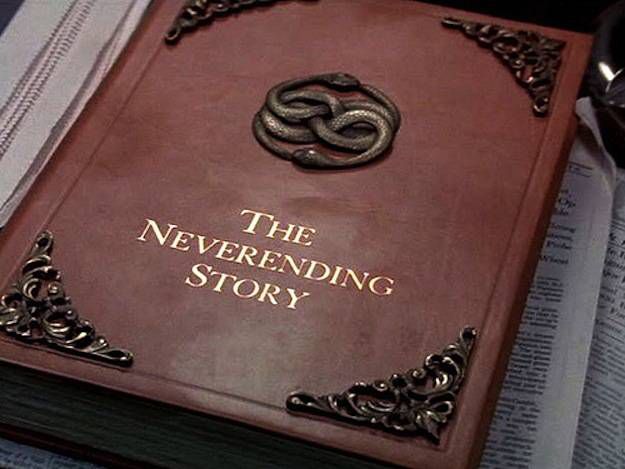 So this kid gets so into reading this fantasy book that it becomes real. Or rather, it is a magic book that becomes real for the person reading it? Anyway, if you want to scare your kid out of ever reading ever again, show them this. Unless they are the kind of kid that likes being scared, in which case show it to them if you want them to read. All I know is this one still gives the chills. 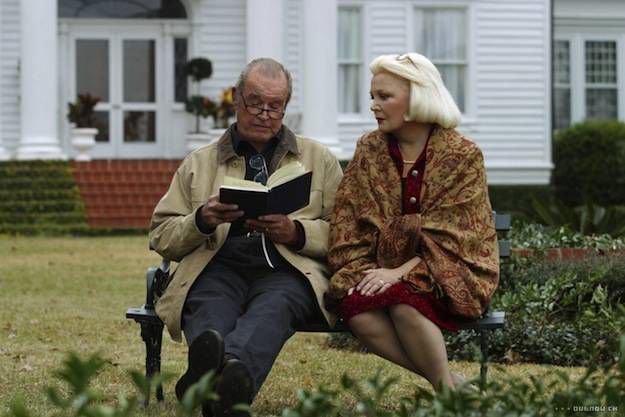 Look, there are emotionally manipulative movies, extremely emotionally manipulative movies, and then there’s The Notebook. Forget for a second the main story set in the 1940s, the frame story itself is enough to make you want to jump off something high onto something hard. Reading from a notebook in which he has documented their lives, Duke (James Garner) retells their love story to Allie (Gena Rowlands) as she fades into dementia. And it only gets worse from there, if you can believe it. 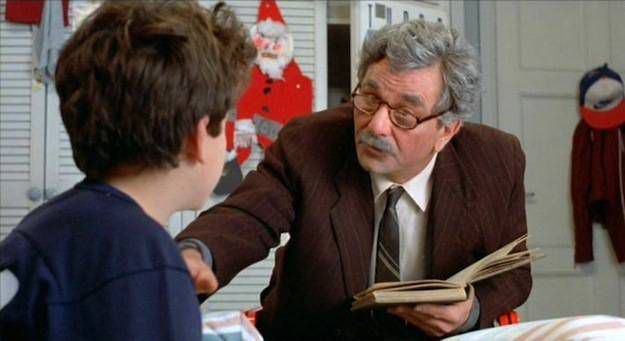 Now THIS is how you do a frame story. Heck, I would’ve watched Peter Falk just read the book aloud to Fred Savage for 90 minutes. Actually, why doesn’t that exist? Is it an extra on the Blu-Ray? Is that the kind of thing that is an extra on a Blu-ray? If so, I should get a Blu-Ray player. If not, Blu-Rays should not exist.

As we now know from both Se7en and Dan Brown’s latest novel, you really don’t want to find out that the guy you are trying to find and stop is a huge Inferno fan. In fact, outside of finding a complete text of The Book of Revelation  hand-copied in blood, it is basically the worst-case scenario for your villain’s favorite book. I mean terza rima, gag. 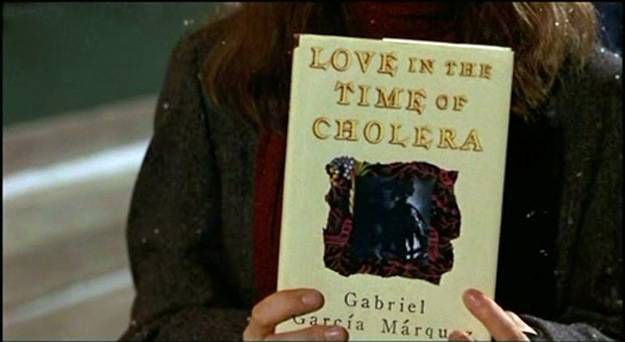 If you want a short-course in irony, this case of a saccharine, forgettable Hollywood rom-com starring John Cusack and that generically good-looking English actress using Marquez’s complicated, surreal, and weirdly macabre Love in the Time of Cholera as the “meet-cute” isn’t a bad place to start. 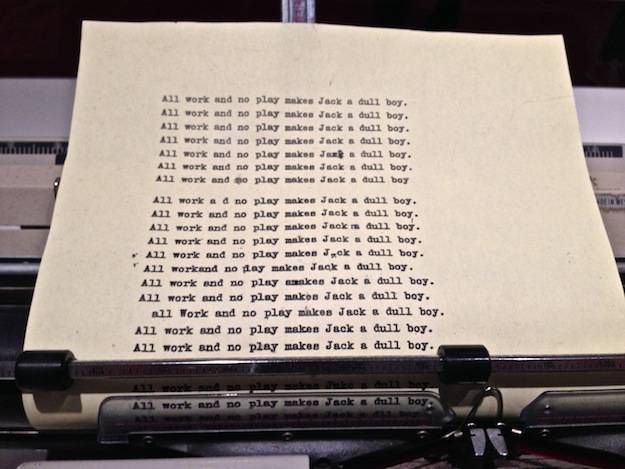 The less said about this the better. I mean, we all want to sleep tonight, don’t we? 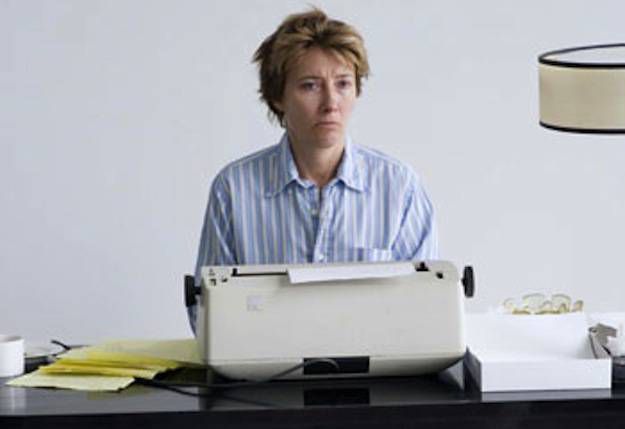 Even though this movie is about the writing of a novel that is narrating/determining a man’s life, it is oddly not about books, writing, or reading at all. It seems to be about the question of whether or not you can change who you are. That and how adorable Maggie Gyllenhaal is. If you scrutinize the ending too much you’ll ruin what is otherwise a delightful, medium-thinker of a movie. 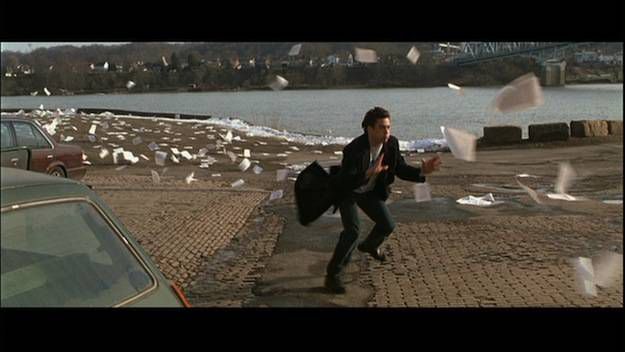 In my opinion, Wonder Boys has the single-best scene involving the manuscript of the book. Hundreds of type-written, no-other-copies, years-in-writing pages go fluttering off into a river in the industrial heart of Pittsburgh, while Robert Downey, jr. flails at them impotently. Anyone who has ever written anything longer than a few dozen pages knows this to be both a fantasy and a nightmare in the middle of the writing process.

Alright, what others can you think of? And are they available on Netflix streaming?