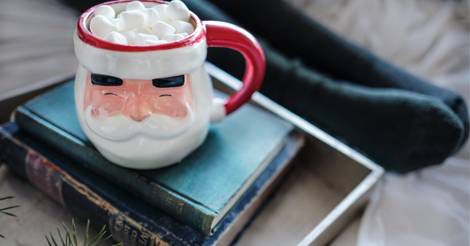 This post is sponsored by Tru and Nelle: a Christmas Tale by G. Neri. 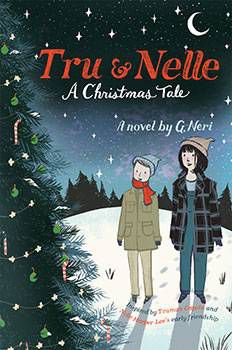 In this sequel to Tru & Nelle, told over three Christmases, readers are transported back to the 1930s, drawing upon real events—from tender personal moments to the awful truth of living with segregation and Jim Crow Laws—to tell the bittersweet history that inspired some of Capote and Lee’s greatest works.

Inspired by the early relationship of Truman Capote and Nelle Harper Lee, this powerful story of friendship also explores race, what it means to be a family, and the possibility of miracles.

It’s that time of year when there are lights twinkling, people bundled in layers of clothes, gift giving lists being written, and Mariah Carey only wants one thing for Christmas…In other words, it’s the perfect time to read holiday books! And whether you prefer yours to be middle grade, mysterious, romantic, or any other genre, we asked you to tell us your favorite holiday books and you answered!

The Stupidest Angel by Christopher Moore

My True Love Gave to Me: Twelve Holiday Stories by Stephanie Perkins

The Box of Delights by John Masefield

Hanukkah Bear by Eric A. Kimmel

Holidays On Ice by David Sedaris

Holly and Ivy by Fern Michaels

A Redbird Christmas by Fannie Flagg

How the Grinch Stole Christmas! by Dr. Seuss

How Do Dinosaurs Say Happy Chanukah? by Jane Yolen

How Far to Bethlehem by Nora Lofts