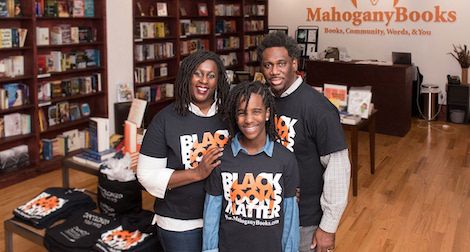 Over 200 Black-owned bookstores have closed nationwide since 2002, according to a national survey conducted by Troy Johnson of the African American Literature Book Club. Since 2018, Johnson estimates at least 108 Black-owned bookstores have made a substantial comeback. Currently, efforts to promote Black literature within Black communities is rising throughout the US, making it possible for independent Black bookshops to rediscover their niche — all while reclaiming their space.

Here is a list of 15 bookshops to grab a good book and support a Black-owned business.

Plan your next bookstore-based road trip.

What do these five defunct retailers have in common? They’re coming back to life in a sense at North DeKalb Mall, the dying mall where film crews are building out stores for an upcoming R.L. Stine film “Fear Street.”

This is just fun.

Robert Frank came to his local Goodwill store five years ago looking for a job that would give his life purpose. Since then, he has excelled as donation attendant and utility worker, and, with the help of his Goodwill Way Guide, he has learned to read at the age of 65. For his dedication to the job and his eagerness to learn, Goodwill Industries International is honoring Frank as its 2019 Achiever of the Year.

Your great story of the day.