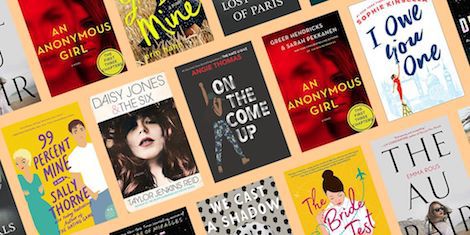 Even if all the books you planned to read in 2018 continue to sit quietly in an unkempt pile in the corner of your bedroom, it’s time to put the past behind you and set your game plan for 2019. Don’t worry, I’ve got you. From murder mysteries to psychological thrillers to corny-as-hell love stories you want to hate but simply can’t, here are all the books you can look forward to cracking open after the holiday season ends and the new year begins. Now, all you have to do is *actually* read them.

This was published at the end of last year, but it’s timely, as a few of these books are now on shelves. Here are some great 2019 picks for book clubs.

In the United States, the news is even rosier for indies: the number of independent bookstores grew by 35 percent between 2009 and 2015, while sales of physical books have increased every year since 2013. (For big booksellers, it’s been trickier: Barnes & Noble’s annual report told harrowing tales of store sales down 5.4% from 2017, with total sales in decline since 2014.)

Great news for book buyers and for indie bookstores.

The literature of a region can play a large role in forming an area’s culture and how outsiders perceive it. It provides a written record for the present and the future.

In Ashland, Kentucky, one bookstore carries the torch of regional literature on its own. The Jesse Stuart Foundation Bookstore was established in 1979 to preserve the eponymous writer’s literary legacy. It has expanded beyond a focus on Stuart to publishing other regional writers, past and present, such as Harry Caudill, Allan Eckert, and Billy C. Clark.

An interesting read about a regional bookstore in Kentucky specializing in local books (with some recommended books, of course).