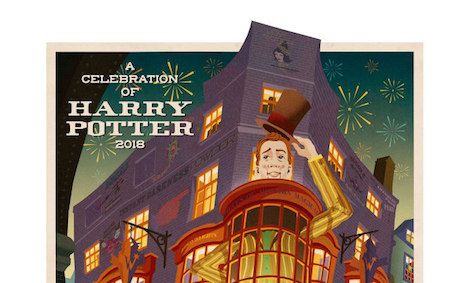 The fifth annual Celebration of Harry Potter at Universal Orlando Resort isn’t until later this month (Jan. 26-28, to be exact), but we have an exclusive first look at the limited-edition commemorative print created for the occasion by MinaLima, the graphic designers for the Harry Potter and Fantastic Beasts films.

The actor John Lithgow has prompted a surge of interest in an out-of-print book of short stories first published in 1939, after featuring it in his new Broadway show.

Stories By Heart sees Lithgow read aloud, and then act out, tales from British author W Somerset Maugham’s 1939 anthology Tellers of Tales. The book has been out of print for decades – hardcover copies are currently listed online for anywhere between £400 in the UK and more than $1,000 (£720) in the US – but used bookseller Abebooks has reported it has been inundated with demand for the title this week, selling all of the 24 copies it had listed in just the last seven days, for between $8 and $120.

I love this story.