Why mental health awareness (besides May being Mental Health Awareness Month)? It’s important for people to understand mental illness; otherwise, we risk situations that aggravate a condition, putting the person with the illness in danger of abuse, and/or making life more stressful for both the person and their loved ones. We also get garbage fires like the recent “editorial” from xoJane about how the writer’s friend’s death was “a blessing” and how some mentally ill people “can’t be helped.” (Commentary here, but not a direct link.)

Yet, despite a need for understanding, mental illness is still surrounded by stigma and it’s still hard to live openly with an illness. It makes life with mental illness about 1000% better to know that 1) you’re not alone, 2) that someone gets you, and 3) that you don’t have to suffer in silence, pretending to be “normal”; that’s why it’s important to me to keep fighting the good fight for awareness.

So, where do we turn when we want to get into someone else’s head and find out what life is like for them? Books. Naturally.

This list is in no way comprehensive–please add your picks to the comments. 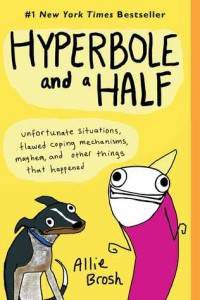 Hyperbole and a Half: Unfortunate Situations, Flawed Coping Mechanisms, Mayhem, and Other Things That Happened by Allie Brosh.

Few things are better for relatability than humor and Allie makes depression both hilarious and heartbreaking by being totally real about the struggle. You’ve probably read her work at her wildly popular website, but the book is definitely worth picking up for the extra gems you get (plus, you want a hard copy of this amazing book in case the internet implodes someday and you can’t go to websites anymore). 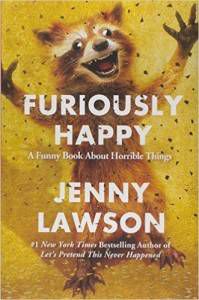 Furiously Happy: A Funny Book About Horrible Things by Jenny Lawson (aka The Bloggess)

Jenny Lawson is one of the first people I remember from The Blog Age who is living her depression and anxiety right out loud and being highly visible even when it’s hard. (And it is hard. My God, it’s hard.) I remember reading back in 2012 a post that Wil Wheaton wrote linking back to Jenny Lawson about how depression lies, and I think those words have been one of the biggest weapons in my arsenal while fighting depression. She is real about her experiences and anybody looking to understand depression and anxiety or feel less alone with them should read her. 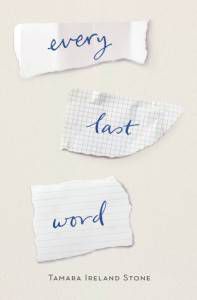 This YA novel delves into Obsessive-Compulsive Disorder in a very real way. A lot of people throw around “OCD” pretty casually and they might think that they understand it because they know someone who is a neat freak or who is a germaphobe, or because they watched that movie with Jack Nicholson. Real OCD can be debilitating and scary; one way that Every Last Word shines is that it portrays the condition respectfully and honestly, though it is a bit lighter than it could be for a novel about mental illness. (I think that’s appropriate for the age group, though.) 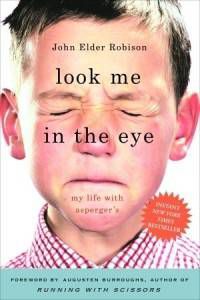 Look Me In The Eye: My Life With Asperger’s by John Elder Robison

I first picked up this book because I was a fan of Augusten Burroughs, memoirist and brother of the author. It ended up being one of the most life-changing books I ever read because it introduced me to Asperger Syndrome (which is no longer defined separately from the autism spectrum) and led to my realization that I have Asperger’s. Robison discusses his life growing up and how he had to overcome setbacks from a condition he didn’t even know he had until middle adulthood. 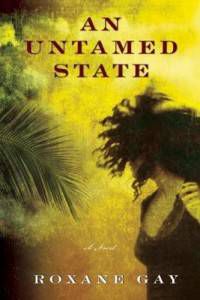 This book is brutal. I will say that straight away. I can think of few books that capture the aftermath of severe trauma as well as this one, however. In An Untamed State, a woman is kidnapped, raped, and abused by a group of men. Mireille escapes but can’t switch off her deep need to survive and doesn’t feel safe even when she’s away from the men who took her. The book hits home if you have gone through the messy and often incomplete process of healing from trauma. 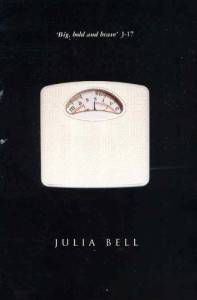 The book Massive delves into generational eating disorders. Carmen’s mother has an eating disorder that Carmen internalizes, leading her to develop anorexia. This young adult book explores firsthand what it’s like to have an eating disorder (and, just a head’s up, could be triggering to those struggling or in recovery). 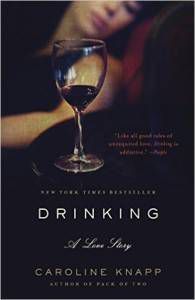 Mental health awareness would be woefully incomplete if addiction weren’t covered. In her 1997 memoir, Caroline Knapp took a journalistic approach to writing a story (since she was, actually, a journalist) about how alcohol took over her life. The book covers both the spiral downward and the fight to get better without pulling any punches about how messy and sometimes ugly addiction can make your life.

This book made me ugly cry more than any other book has (except maybe Flowers For Algernon). Didion’s husband died unexpectedly while her daughter was in a coma and this confluence of events hit her like a powerful sucker-punch to the gut; this memoir discusses grief in a raw and still somehow beautiful way. Don’t read this book unless you’re ready to feel every single feeling.

Honorable Mentions. I wish I had room to write about every single book that needs to be on this list. I don’t–but here are a few more to check out:

The Hospital Always Wins by Issa Ibrahim (out 1 June 2016): an absorbing memoir about mental health, being a person of color, and the justice system

A Beautiful Mind by Sylvia Nasar: a biography of John Nash, a genius with schizophrenia

The Casual Vacancy by J.K. Rowling: features OCD, which Rowling has personal experience with

One Flew Over the Cuckoo’s Nest by Ken Kesey: important depiction of how mental illness has historically been treated in the not-too-distant past

Mrs. Dalloway by Virginia Woolf: a criticism of mental illness treatment and discussion of depression/bipolar disorder, which Woolf suffered from

Lit by Mary Karr: a memoir of addiction

See also: my list of books for Suicide Prevention Awareness, another list focused on suicide and depression from Rioter Brenna, and Rioter Ashley’s list about trichotillomania.