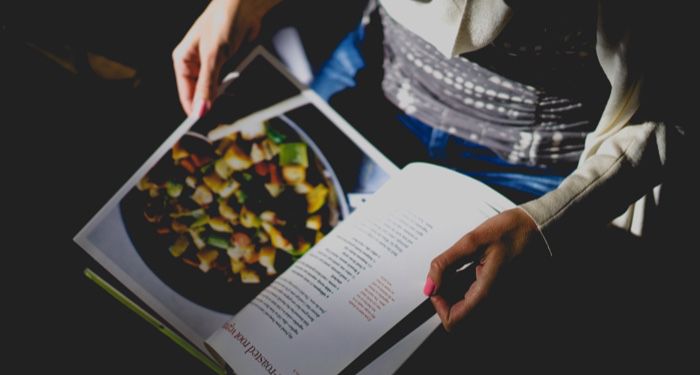 Critical Linking, a daily roundup of the most interesting bookish links from around the web is sponsored by Henry Holt & Co.

“English cook Hannah Glass, for starters, penned The Art of Cookery Made Plain and Easy, considered the most influential cookbook of the 1700s and printed in more than 20 editions. Amelia Simmons’ American Cookery was published across eight different New England towns between 1796 and 1822. Irma Rombauer’s Joy of Cooking, first published in 1931, circulated more than 18 million copies worldwide. Julia Child’s Mastering the Art of French Cooking, which has sold 1.5 million copies since 1961, even had a resurgence in 2009, appearing on the New York Times bestseller list for nonfiction thanks to the film Julie & Julia. And Edna Lewis’ The Taste of Country Cooking—published in 1976 and chock full of pure and fresh ingredients, southern cultural traditions and childhood stories—was among the first cookbooks written by a black southern woman that did not hide the author’s true name, gender or race. Willan chronicles the lives of each of these cooks (as well as Hannah Woolley, Maria Rundell, Lydia Child, Sarah Rutledge, Marcella Hazan and Alice Waters), incorporating original recipes and offering updated dishes for modern home cooks.”

“‘Getting ready takes 17 chapters. And every detail has a reason for being. As the narrator tells us, ‘My inner processes can be visceral to the point of being completely illusory, and absurd.’
Writer Madeleine Ryan says there’s a word that’s important to understanding her book. ‘And that would be autism … I’m autistic,” she says, “and I was diagnosed as autistic when I was writing the book. So it was a very intimate adventure, writing this book, in lots of ways.'”

An interview with Madeleine Ryan about her new novel and the process.

“’One of the hardest things about lockdown was people being separated from their community,’ said Lisa Dempster, Yarra Plenty’s executive manager of public participation.
‘The library is often a hub for the community, and we identified the most vulnerable cohort of our community would be the elderly.’
So the library staff pulled from their database the phone number of every library member over the age of 70 – a total of 8,000 records.
Then the librarians started calling those members. All of them.”

It’s raining from my eyes.