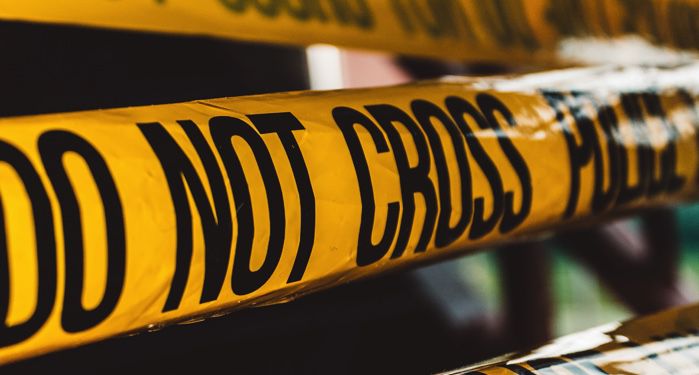 Hello mystery fans! I’ve got your hot new April releases to check out. As always I aimed to hit a wide range of crime reading tastes so surely (don’t call me Shirley) there’s something to look forward to reading on this list. 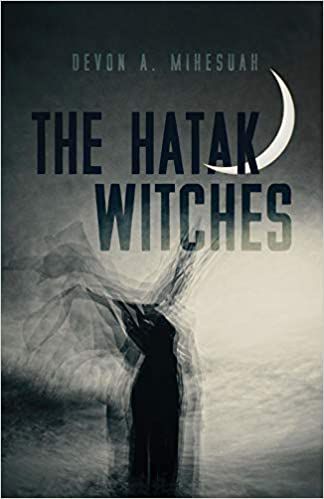 A murder mystery, starring a detective, with shape-shifting witches, and written by an enrolled citizen of the Choctaw Nation — top of my want list! Oh and along with the who murdered the security guard at the children’s museum there’s also the whole who stole ancient human remains from the museum?!

It’s finally here! This is the smashing of a romcom and a crime novel together for a super entertaining, funny, warm, and fun book. Would your family help you dispose of a body after accidentally killing someone in self-defense? Meddy Chan’s would! All while planning an elaborate wedding their business is working on. And while maybe falling in love with a past love. (Review) (TW attempted assault scene) 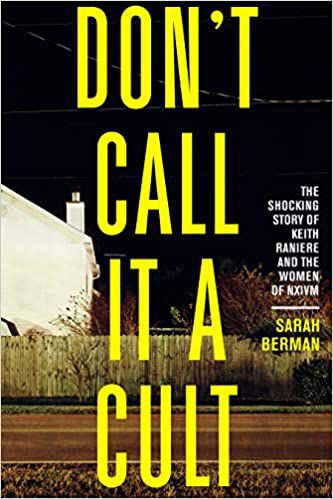 Don’t Call It a Cult: The Shocking Story of Keith Raniere and the Women of Nxivm by Sarah Berman

This true crime is for readers of stories about cults and anyone looking for a deep dive into the recent news stories regarding NXIVM — which got even more press for the involvement of Seagram heir Clare Bronfman, Smallville actor Allison Mack, and Battlestar Galactica actor Nicki Clyne.

If you’ve been following along my shouting of mystery books I love, you’ll realize that this being written by a fellow Rioter is not why I love it but, rather, I am a big fan of historical mysteries and this one hit so many sweet spots for me — which I say as someone who is not particularly a fan of P&P. If you need a delightful historical mystery, want to watch Lizzie Bennet as an amateur sleuth, and want to watch her bicker with Darcy (delicious bickering!) while trying to free an innocent man, run to this one. I did the audiobook and highly recommend that format. (TW alludes to past employer assaulting housemaids)

Here’s a historical mystery that is darker and brings to light history many probably know very little about. Set in 1426 Joseon (Korea), Min Hwani disguises herself as a boy and sets out to find her missing father. He’s a detective who disappeared a year earlier while investigating missing girls from a forest. While trying to find out what happened to her father Min also finds herself rebuilding her relationship with her sister, learning about her family and its secrets, and needing to know why girls keep disappearing…This is a suspenseful mystery that takes a hard look at the treatment of girls and women in little known history. I went with the audiobook for this and really enjoyed it. And if you never read Hur’s previous historical mystery, The Silence Of Bones, get that one too. (TW past child abuse, recounted/mentions of suicide/human trafficking) 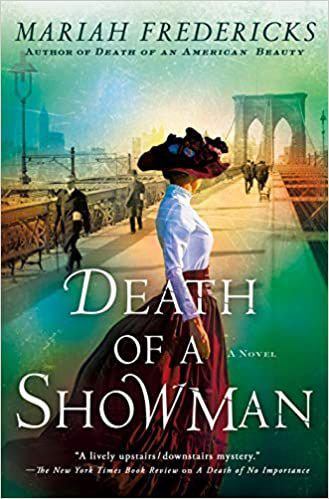 Death of a Showman (Jane Prescott #4) by Mariah Fredericks

More historical fiction! This is a great series, set in the early 1900s New York, which follows Jane Prescott, a ladies’ maid as our amateur sleuth. This time we go behind the curtain of Broadway and among all that drama there’s a murder! If you’re looking to start at the beginning pick up A Death of No Importance (Review).

And here’s a way more recent history setting that follows a lawyer, Henry Rios, in 1986 L.A. On the November ballot is a terrifying measure that would place people with HIV into quarantine camps, so Rios accepts to counsel the activist group Queers United to End Erasure and Repression. But soon he’s instead representing a client facing the death penalty after a bombing.

For fans of true crime podcasts in their mystery books: Elle Castillo hosts a popular true crime podcast focusing on cold cases of missing children in her hometown of the Twin Cities. Now she’s decided she’ll tackle the biggest unsolved case from 20 years ago… 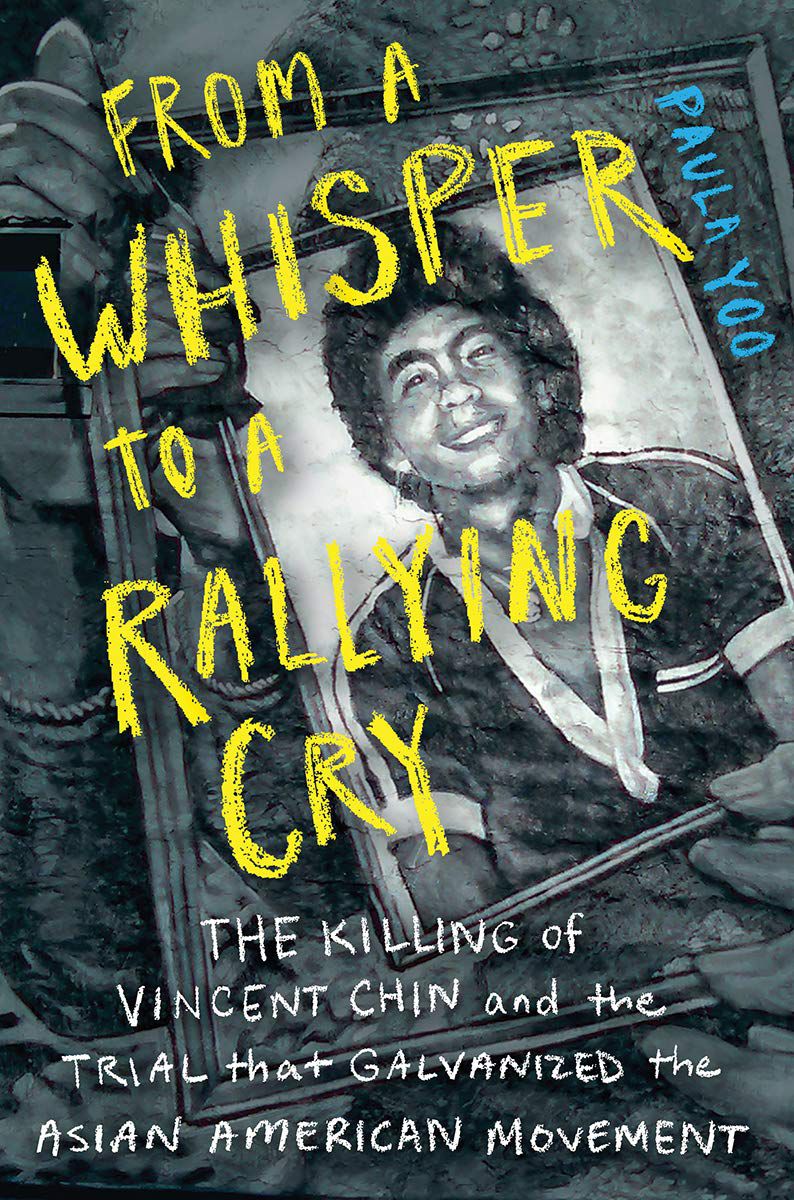 From a Whisper to a Rallying Cry: The Killing of Vincent Chin and the Trial that Galvanized the Asian American Movement by Paula Yoo

Here’s a little known — outside of the Asian community — case that has finally started to get some attention. This true crime book takes a look at the murder of Vincent Chin, the trial, protests, and verdicts.

When a Stranger Comes to Town Edited by Michael Koryta

For fans of short stories, here’s an anthology that can either give you a lot of your favorite authors writings in one shot or introduce you to great new authors.

The Others by Sarah Blau

Looking for a dark, sardonic thriller? Set in Tel-Aviv, women who once joined a group who swore to have a childfree lifestyle are turning up dead. Sheila’s once close friend Dina Kaminer, one of Israel’s preeminent feminist scholars, was murdered. But who would murder her and label her a mother by gluing a baby doll to her hand? 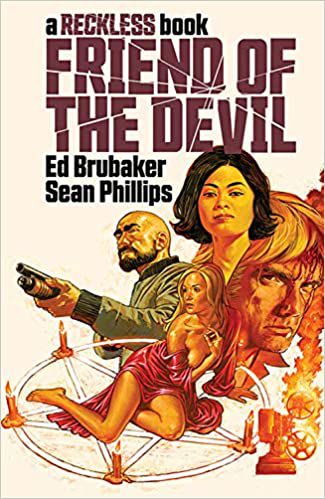 For fans of action, noir, and pulp, the second graphic novel volume in the Reckless series is now available. I really liked Brubaker’s Velvet series (Review).