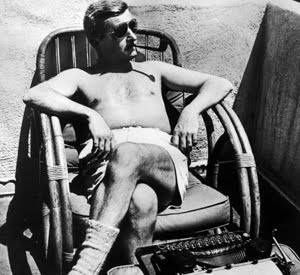 A Riot reader from the Midwest was so intrigued by my love letter to Flannery O’Connor, she asked if I had a copy of my Southern literature class reading list. She always wanted to dig into Southern lit, but didn’t know where to start. I realized that if you aren’t exposed to Southern lit, it can be difficult to navigate. Sure, you’ve read To Kill a Mockingbird, and yeah… that Faulkner guy was from Mississippi (let’s face it, Faulkner’s words ain’t easy on the brain). But what else is there?

I started to make a list of Southern books I had in my personal library, and I had around 70 that I would be willing to tell a stranger to read. Bookseller extraordinaire Joe Hickman of Lemuria Books in Jackson, Mississippi helped me fill in some gaps, and we exchanged a few notes on upcoming releases. Lemuria is by far the best bookstore in the South because they have a huge staff full of people who know their stuff. Plus, they have ALL THE BOOKS. Seriously. The books overflow off the shelves and are stacked all over the floor. Great place.

I suggest you pour yourself a glass of single barrel bourbon, make a batch of cheese straws, and start reading.