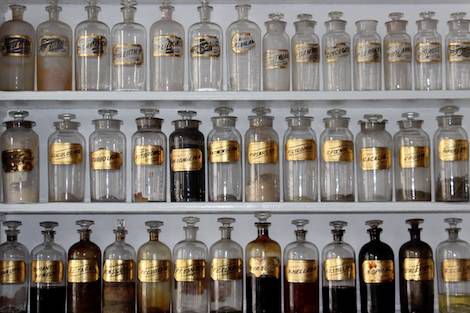 A friend of mine, in his third of fourth year of med school at the time, once told me that doctors are just highly paid mechanics. I don’t think that’s quite true because our bodies are more than machines, they’re how we experience the world. The history of medicine therefore touches on a lot more than the facts of anatomy and physiology. Bodies are subject to law, culture, desire, politics, and more. The maintenance of bodies always intersects with other, bigger questions.

I got interested in the history of medicine because I wanted to understand the dynamic, complicated, emotional, and often unspoken relationship between science, culture, and politics. The books below all grapple with these issues. Plus, there’s more than a little blood and guts (hey, it’s not all big ideas about the nature of existence).

A few notes about this list. Like always, it’s idiosyncratic. I’m an historian of American health and medicine, so the list is very focused on the US in the 19th and 20th centuries. Even the texts that look outside the US tend to focus on Europe and go back only to Ancient Greece. Additionally, I’ve mostly ignored non-western healing traditions. There is a ton of great writing on the history of Ayurvedic medicine, traditional Chinese medicine, and other healing practices but that will need to wait for another list. To keep this to 100 books, I pretty narrowly focused on the history of scientific (or allopathic) medicine. I love reading historical fiction that features doctors, so I included a handful of my favorites. To be clear about which books are fiction, I marked them with an asterisk (*).

Did I forget a book you love on the history of medicine? Tell me in the comments.