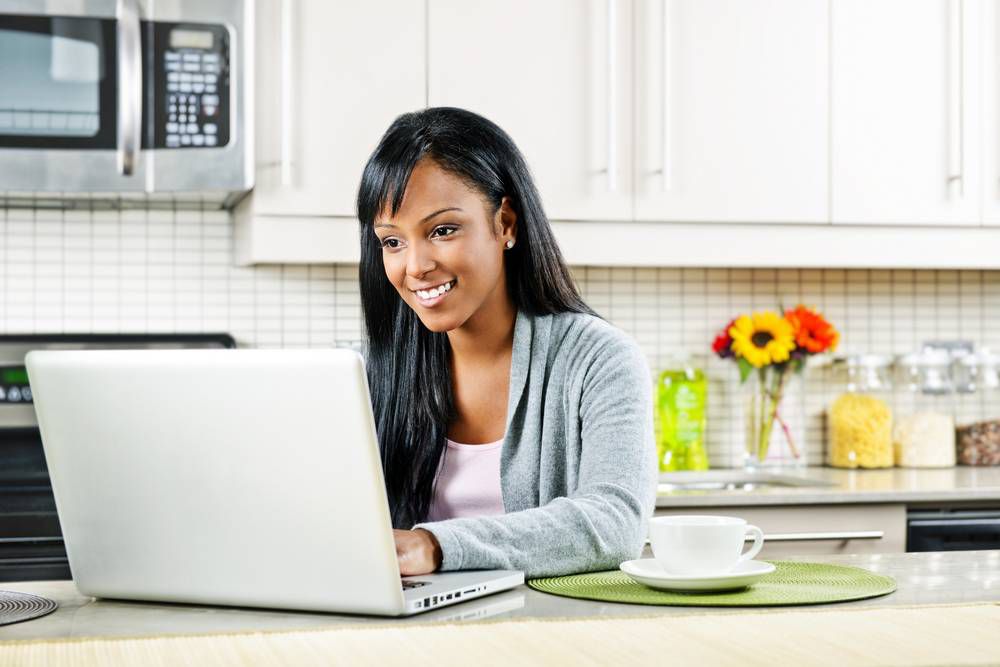 One of the best things about webcomics is that they’re on the internet, for free, whenever you want. At least, that’s one of the best things for readers. For creators, it means they might not make a cent off their hard-made comics, and might even lose money in the endeavor, thanks to the costs of web hosting. It’s exceptionally rare that creators are able to make money off of their comics, and only a handful of well-established webcomic gods who have been around for years are able to make enough to fully support themselves.

So how can you, a humble reader, help support the webcomics you love? Whether you’ve got cash to spend, or are as penniless as your creator idols, here’s ten great ways you can help support webcomic creators and enable them to keep doing their wonderful work.

(From ‘Girls with Slingshots’ #1480, Danielle Corsetto)

This isn’t an option for all webcomics, especially new ones getting off the ground that aren’t yet long enough to get bound and printed, or which don’t have the resources to do so. But for longer-running comics, especially ones with a couple volumes out already, this is a fantastic way to support creators. Take a look around the comic’s website or shop page, and if there’s a print version, you’re bound to see a big link to it.

Because it’s an ongoing support system for an ongoing creation, Patreon is a perfect match for webcomic creators. Even if it’s only a dollar a month, throwing some money in the way of your favorite creators can really help them pay the bills—and because they’re able to see who’s subscribed and how much their intake is, it’s better than one-time donations because they see in advance how much to expect at the end of the month. If you can’t quite afford a monthly fee, or if you just want to buy the creator(s) a coffee, many webcomics have a button for one-time donations as well.

Buying merch is great because not only does it toss a few bucks the creator’s way, but it also provides them with free advertising and lets you come out of the deal with some concrete souvenirs you can proudly show off to your friends! Most merch comes in familiar forms like t-shirts, stickers, and prints, but some webcomic artists also offer commissions in case you like their style and want to buy something really unique from them.

Webcomics on Tumblr in particular benefit from this, as it immediately spreads whole pages for all of your own followers to read. Even if a comic isn’t on Tumblr or a similar system with reblogs, many creators have Twitter accounts which post a link to the latest page each time the comic updates, often with a juicy sneak preview image. Sharing these updates and links on social media can really help spread awareness, especially for newer comics trying to build up a following.

Not only does this help keep you up to date, especially if you don’t read webcomics on a regular schedule, but it also helps boost a creator’s prestige. If their number of subscribers is displayed anywhere public (like on Twitter, for example), this helps like legitimize the creator and show that they’re popular. Much like Patreon, people are much more likely to fund or follow a creator who appears to have, say, 100 followers than one who has only three.

Speaking of followings, it doesn’t matter whether you have a hundred Facebook friends or just a handful of acquaintances from work—simply telling people about comics you enjoy can be a great way to get people hooked. Or, just read your (preferably SFW) webcomics in a public place and lure people into reading over your shoulder. That works too.

Creating and sharing fanart can be a great way to not only show your love for a comic, but also get other people interested. Although some creators have mixed feelings about fanworks, many are 100% okay with it (and often are even fanartists in their own right). Some creators even reblog or retweet fan art of their own characters that catches their eye. Fanart, and to a lesser extent, fanfiction, can really help spread awareness of a comic, especially if you as the creator or sharer have a large social media following yourself. 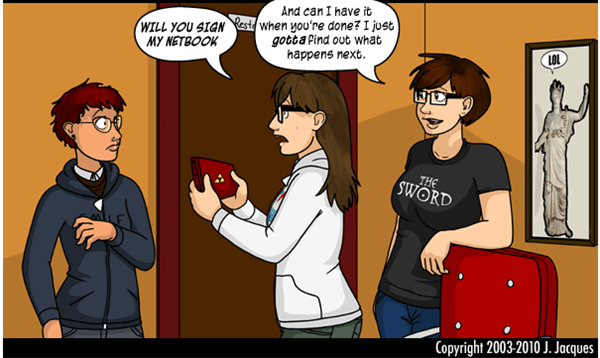 Hopefully if you’re enjoying a webcomic, this isn’t terribly hard (though it’s much easier for comics with regular schedules than those that update sporadically). But if you come back to the site repeatedly, you’re more likely to find out about exclusive merch, convention appearances, comic-related news, and other limited-time goodies. This also helps boost site stat counters, which can be a nice little reaffirmation for creators to see.

I get it. We all hate ads. But when it comes to small creator-funded websites, turning off your ad blocker is a fairly painless and easy way of supporting creators. Most ad services only pay a few cents per view / click, and with some services, creators don’t even see a penny of that until it adds up to a set amount like $100, which can take years. By turning off your ad blocker, you’re helping to do your part to make those tiny payments add up much faster and help pay those hosting costs.

Whether it’s in person at a convention booth, by email or contact form, or simply a nod on social media, tell your favorite creators how much you love their work. There’s no greater affirmation for a creator that their work is worthwhile than hearing directly from a fan how much their creation matters to them personally.

Webcomic creators, we love you. Keep up the fantastic work.