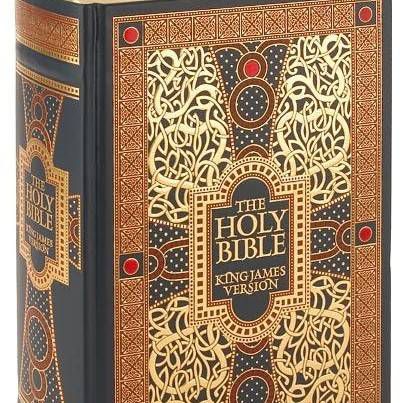 Let’s talk New Testament, shall we?

Scripture-wise, the New Testament stands out for the way it chooses to begin: by telling one man’s life story four different ways. Four separate gospels, three of which repeat each other a lot (the synoptic gospels–Matthew, Mark and Luke), and one of which gets a little gnostic, or mystical (John), stand shoulder-to-shoulder in one holy book.

This apparent repetition was not accidental. Four gospels are preserved alongside each other because those that compiled the Christian canon wanted them to be; a little different, but together; with opposing versions of the same stories, but part of one message. Not every Christian theologian has always been comfortable with that. In fact, in the second century, one Christian thinker undertook a harmonization project, weaving the four gospels together to create one super-gospel, the Diatessaron.

It had some staying power in certain Eastern churches, but it’s not canon today. Still: it’s a project worth knowing, especially for Bible nerds.

Here are a few 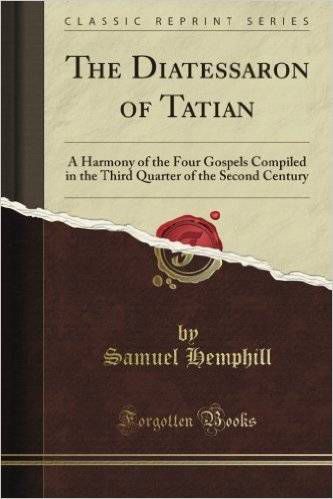 1) Tatian, the editor/redactor of the volume, was Assyrian, and studied with a group who, scholars believe, heard from read-aloud versions of the apostles’ Jesus biographies each Christian Sabbath. The harmonization of the stories may have begun naturally in his consciousness–the way that harmonization often happens for those first introduced to stories via oral recitation. But,

2) He may have also had some interaction with a Greek harmony of the synoptic gospels, according to respected scholar Helmut Koester.

3) Diatessaron, in Latin, means “harmony of four” or “four ingredients”–a title that is self-consciously harmonic. The Diatessaron incorporates bits of all four gospels–which scholars appreciate, because it suggests that those four, and not apocryphal gospels, already had considerable standing in the 2nd century church.

4) The Diatessaron may have sought to assert consistency between all four gospels, even inerrancy–though, in service of that goal, it had to let go of contradictory accounts (eg., Jesus’s genealogy, which differs between Matthew and Luke), or preference certain accounts (eg., healed blind men from different gospels fold together into one guy here).

5) For several centuries, Tatian’s Diatessaron was the de facto gospel text for the Syrian Church, over and above the gospels on their own.

6) Tatian’s text lost its footing in the Syrian Church when a 5th century bishop started to suspect he was a heretic; copies of the Diatessaron were slowly replaced with the stand-alone gospels.

7) Though not officially declared a heretic, Tatian took on the reputation of one after the Diatessaron’s discontinuance in the East.

8) The heresy that Tatian was suspected of was docetism–or, that he didn’t think Jesus’s body was real, only illusory. That suspicion was based largely on the exclusion of the genealogies.

9) Contemporary scholars like Peter Head say “bunk!” to claims of docetism (but in more academic language). The Diatessaron preserves most of all four gospels–including lots of talk about Jesus’s humanity.

10) Some scholars believe that the Qur’an, because it seems to treat the gospels as a singular story, may have been influenced more by the Diatessaron than by the Christian Bible.

You can learn more about the Diatessaron here.