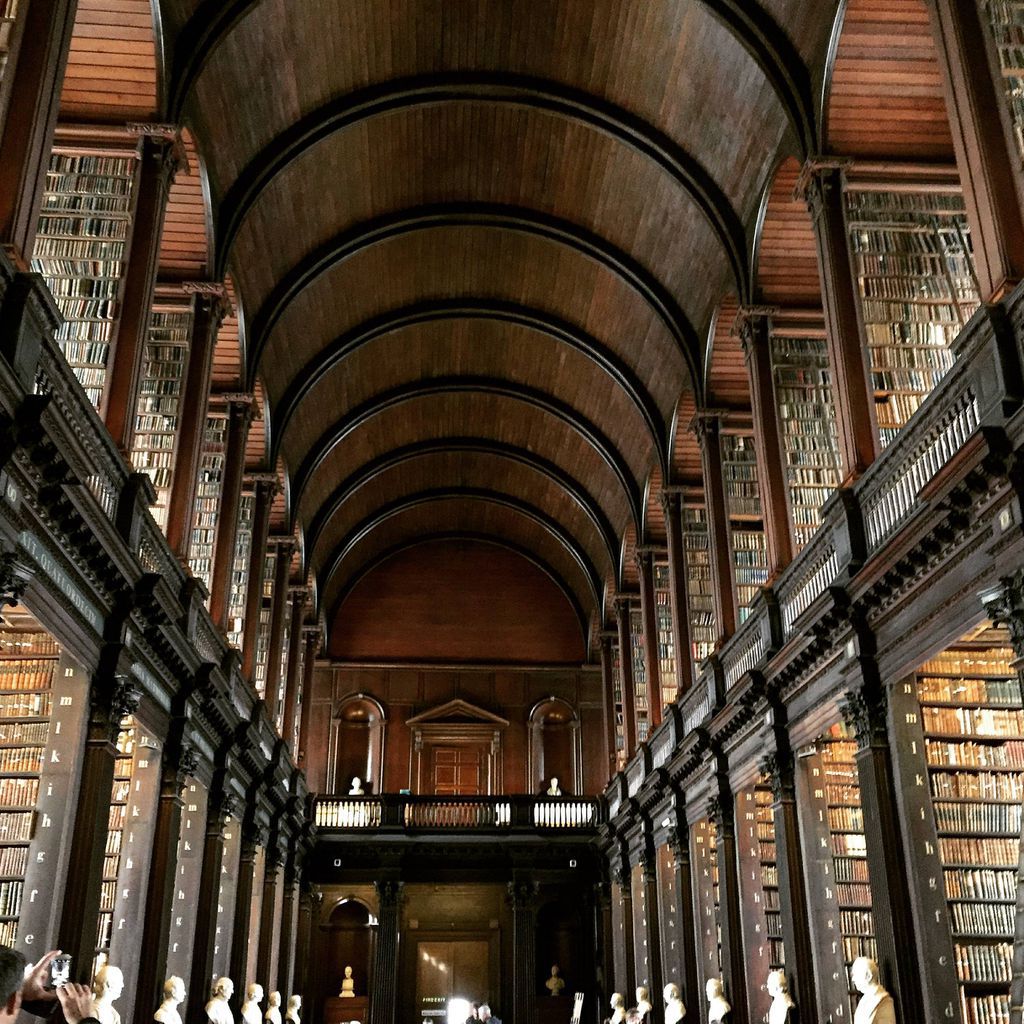 Arguably the most famous artifact on display in Dublin is the Book of Kells (also known as the Book of Columba) at Trinity College. You simply can’t travel to the capital of Ireland without the Book of Kells being mentioned. And rightfully so. Together with the Gospels of Lindisfarne and the Book of Durrow, I would say that the Book of Kells is one of the greatest contributions to medieval art ever to come out of the British Isles. Here are ten things you should know about this ancient masterpiece. 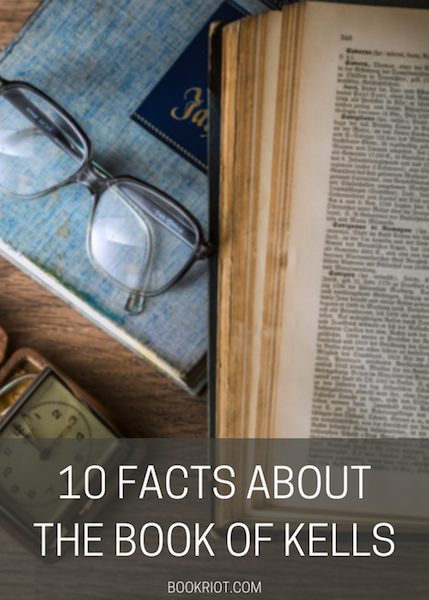 The Book of Kells is 13 inches wide and 10 inches high. It consists of 340 folios made from calfskin vellum.

However, in its original form the Book of Kells was both thicker and larger. Thirty folios of the original manuscript have been lost through the centuries and the edges of the existing manuscript were severely trimmed during a rebinding in the nineteenth century.

The Book of Kells consists mainly of the four Gospels. Also found in the book are so-called canon tables, which are indexes of passages that occur in two or more of the Gospels. Added to these tables, each Gospel has a summary and a preface.

During the eleventh and twelfth centuries blank pages in the book were used to record property transactions at the monastery. In the fifteenth century, a poem was added.

3. Where did The Book of Kells get its name?

The book gets its name from the monastery of Kells, County Meath, Ireland.

The book is believed to have been brought to Kells following a Viking raid on the monastery on the island of Iona, Scotland, in 806.

4. When was The Book of Kells created?

The book was created sometime around the year 800 but scholars have been unable to determine where.

The debate centers on whether the book was begun on Iona and finished at Kells or if it was created only on Iona. Some scholars claim that the book is not connected to Iona at all, but was created entirely at Kells.

5. Who wrote the Book of Kells?

Three different scribes and four artists have been identified in creating the Book of Kells. It is not known whether some of the scribes and artists are the same individuals.

6. Why was the Book of Kells created?

It is believed that this book was made for display and ceremonial use, not to be read out loud. The reason for this is that the images are elaborate and detailed while the text is carelessly copied with entire words missing or long passages being repeated.

The Book of Kells is created in the so-called Hiberno-Saxon style.

The Hiberno-Saxon style first appeared in the seventh century and is a blend of the curvilinear motifs and elaborated initials of the Irish-Celtic tradition and Anglo-Saxon zoomorphic inter-lacing and bright coloring. The style is characterized by geometric design, large areas of color, and complicated interlaced patterns.

8. Where is the Book of Kells?

In 1641, the monastery of Kells was destroyed.

Twelve years later the Book of Kells was brought to Dublin for safekeeping and it has been in the possession of Trinity College since at least 1661.

9. How many people visit this book?

The book has been on display in Trinity College’s Old Library since the middle of the nineteenth century and attracts an average of 500,000 visitors each year.

10. How is presently displayed?

Since 1953, the Book of Kells has been bound in four volumes. Two of these volumes are on display at Trinity College. One volume shows an illumination. The other volume shows the script.

Things You Need To Know About The Golden Haggadah

10 Things You Should Know About The Devil’s Bible

Note: No images of the Book of Kells have been included in this post because they are under the copyright of Trinity College. But if you visit the College’s Digital Collections you can view the book in its entirety in beautiful high-resolution images.