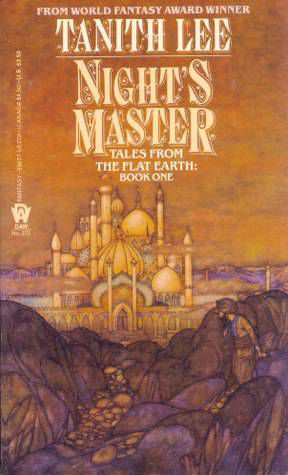 I’m not exactly an X-men buff, but when I watched Deadpool, I was surprised to find that one of my favorite characters was actually one of the smallest roles: Negasonic Teenage Warhead.

I mean. Deadpool didn’t seem to impressed. But I really liked her. Something about that buzz cut and uber-teen emo shade she was throwing just clicked for me. I think she was my Patronus in high school.

So I poked around and learned a little more about her.

Which is why you’ve never heard of her. And also why Deadpool was allowed to use her in the movie. She first appeared in New X-Men #115 in 2001, and dies later in the same issue.

2. She was created by Grant Morrison and Frank Quitely.

And when you stop to think about it, the name totally gives it away. Who else names a character Negasonic Teenage Warhead? (See: Supergods, Morrison’s heavily autobiographical, extremely trippy book about comics.

Leave it to Grant Morrison to name a comic book character after a song. The song was crated by the band Monster Magnet in 1995. Fans widely consider NTW among the most poorly named superheroes, and even X-Men’s own Kitty Pryde commented “Wow, we really have run out of names,” in issue #116.

4. But her name is what made her famous.

As it happens, the same name that made fans hate her was what made the Deadpool creators want her. They loved the name. Oh Deadpool.

5. Her real name is Ellie Phimster.

Ellie is from Genosha, a small island off of Madagascar. In the X-Men world, this tiny country was among the richest in the world—due to its use of mutants as slaves. Emigration is not recognized by Genosha, and those who try to leave are brought by forcibly by a special police force.

NTW’s powers in the comics include telepathy and precognition. But the Deadpool crew didn’t find that exciting enough and changed her powers to telekinetic detonation. Which, yeah, was really pretty cool.

This modification was reportedly the only thing in the Deadpool movie that required studio approval.

7. She predicted her country’s destruction.

In her one big issue, NTW tells Emma Frost during a tutoring session that she had the same nightmare 50 times over the night before—one in which everyone in Genosha died. She then has the vision one more time, and at the same moment, her vision becomes reality.

8. She’s maybe died a couple times, but no big.

NTW dies along with the rest of her country following her repeat vision. Frost declares NTW a credit to her race and family, and then has a mental breakdown. Because, sure. She reappears later as part of a new Inner Circle of the Hellfire Club, but she and the others turn out to be projections of Frost’s subconscious.

9. But that’s not her only reincarnation.

She is later revived by the Transmode Virus. Somehow, unlike the other re-animated mutants, NTW is not under Selene’s control. She refuses to call Selene the Black Queen. Then she dies again, apparently, when the Black Queen absorbs all the deceased mutant souls of Genosha.

In the comics, NTW looks very different from the Deadpool character, with blue skin and longer, black hair. The Deadpool team went through several more traditionally emo looks for the character before settling on the final version.