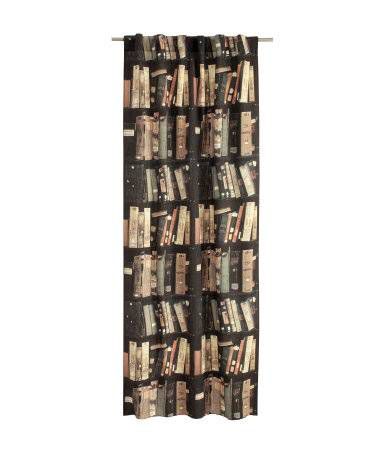 Here at PANELS, we’re about all kinds of comics, including Japanese manga. But what goes into creating manga, anyway? How different is it from the Western comics we know and love? As part of my quest to get to the bottom of all this, I got some questions over to VIZ Media editor Hope Donovan.

1. First off, just some “about you.” Who you are, what you do, what an average work day is like.

I’m Hope Donovan, an Editor at VIZ Media. I take manga that has already been printed in Japan and oversee its re-publication in English.

My average workday probably looks like a lot of office workers’—I check a lot of email. The big difference is that the emails I’m sending are to translators, letterers, and other manga professionals as I coordinate book production. The other very large part of my job includes copyediting proofs at multiple stages of production, from the script level to final unbound copies that come back from the printer.

2. What is the basic process to having a manga series localized for an international audience?

We create a single English-language edition; we do not further localize our manga for specific international markets.

The basic process for localization is as follows. After a series has been licensed, the translator translates, the editor adapts and finalizes the script, and then sends the script to the letterer. The letterer goes through several drafts of corrections based on the editor’s feedback. Then the book is copyedited by several people and heads out the door to the printer.

3. How do you pick books you’re going to work on, find creators, or other people to be on your team?

In terms of translation and lettering, VIZ has a pool of talented and dedicated freelancers who have been honing their craft for a decade or more. Comics tends to be a small, insular community, and when we do try out new freelancers, it’s through word of mouth. Interns are a great source of new talent. When we’re looking for artists, websites and artist alleys are a way to locate talent.

As for picking new titles, the whole editorial team has their ears to the ground looking for new properties. We read the manga magazines coming out in Japan and see what’s popular on the internet. We pick titles we think are worthwhile and hope for the best.

4. Does the editor (either VIZ or Shueisha) have any creative control, or any say in what goes on in a story while it’s in drafts? (note: Shueisha is a Japanese publisher)

Editors at Shueisha have far more creative control over the story than editors in the US. In the US, we have zero creative control. The Japanese editors, though, are partners with their manga artists. They scout the artists, coach them through pitches, champion their stories, and then guide the story as it’s serialized. Editors in Japan have weekly meetings about the storyboards and story direction, and the editor is the person hounding the artist to finish or assisting them through artist block.

At a publisher like VIZ in the US, editors have the very different task of presenting a product that already exists in a different language. Our challenges are more like an art conservationist’s—preserving the original intent and color of a work even though it has to be broken down (translated) and re-assembled (adapted and lettered).

Currently VIZ only develops original manga content for its kids line, Perfect Square. In those situations we act like editors in Japan—hounding the artists and directing their creative vision.

5. In general, how many people would you say work on a given manga series (including artists), on a chapter-to-chapter as well as on a volume/trade/book-to-book basis? Does it vary according to how popular a particular title is?

All our books receive the same production treatment, no matter how popular they are. The core unit is four people: translator, letterer, editor, designer. These are the four people who work very closely on all volumes of a series. But when you throw in the copyeditor, managing editor/designer, intern and possibly an adaptor, in reality more like nine people will work directly with each given volume. And obviously the support staff includes the whole company.

In Japan, there’s the artist themselves who is supported by often half a dozen artist assistants, their editor, maybe a separate graphic novel editor, the company letterer. It takes a lot of people to make manga, and a lot of people to localize manga.

6. Manga is generally in black and white, while Western comics tend to be in color. Does this mean there aren’t really any manga colorists out there? What about inkers? Letterers?

In Japan, division of labor isn’t the same as in western comics. Manga artists will do as much as possible themselves, and leave more tedious tasks such as backgrounds to their assistants. You don’t see the specialization breakdown of writer, penciller, inker, colorist that western comics has. Manga is based far more around a single artist’s vision and work. This is one thing that’s great about manga—when you see a cover, you know it was drawn and colored by the artist and is representative of the art inside.

Even in manga created outside of Japan, it adheres closer to the “one artist” model. Traditional publishing houses in the business of creating manga (and there aren’t many) maybe hire on and manage an inker or other assistant for the artist. But because of market pressures and better avenues than in the past, many manga-style artists self-publish and do all the artistic tasks themselves.

Manga lettering, however, is a viable profession. A number of our letterers work solely on manga.

7. How many people are involved in manga localization from Japan to an international audience, and what roles do they take on?

A person called an adaptor (also known as a rewriter) takes clunky text and turns it into smooth, flowing English. At VIZ, the editor often operates as the adaptor. The translator also plays a part in choosing how literal or adapted to translate. It’s not unusual for a good translator to have already produced a script that flows very well in English. But in most cases, you’re looking at just one person doing the localization—the editor.

8. Why is there such a huge cost difference between manga and Western comics?

It’s hard to say what the price differences are now. You can buy manga and western comics in such a variety of formats for a variety of prices. If you look at the cost for a typical “installment” of a continuing story in print, then it’s $3/issue for western comics and $10/volume for manga. If you compare just print graphic novels of 200 pages or so, then manga is about half the price of western comics ($10 compared to $20). But there are also digital editions, special formats and so on.

One reason western comics are more expensive is that paying creators is quite expensive. This prohibitive cost is partially why original manga through traditional publishing houses has not been able to take off. When you localize, the creative costs have already been absorbed by Japan. If you also consider that manga artists are generally producing more work in a shorter time frame, a single graphic novel doesn’t have to pay for so much of the artist’s time.

9. Some manga are published from week to week, and others on a monthly basis. What factors in the decision regarding the pacing?

In Japan, manga are serialized in anthology magazines. Release schedules vary widely, from weekly to bi-weekly, monthly, quarterly, etc. In the US, we can only follow the Japanese release.

10. Would you consider magazines that serialize manga chapter-to-chapter “disposable?”

Yes. Have you ever tried to keep years’ worth of phone-book sized weekly magazines in your home? Even if you have digital magazines, it’s still more convenient to have a collected graphic novel.

A huge thanks to Hope Donovan for answering my questions, and to VIZ Media’s PR for making it possible to bring this wonderful insight to our audience. Is there anything else you want to know about manga creation and localization? Shoot your questions our way!

VIZ Media localizes many titles you may or may not be familiar with, such as One Piece (and other Shonen Jump comics like Bleach, Naruto, and Nisekoi) Fullmetal Alchemist, and even Studio Ghibli comics adaptations. Their comics are available in print and digitally.