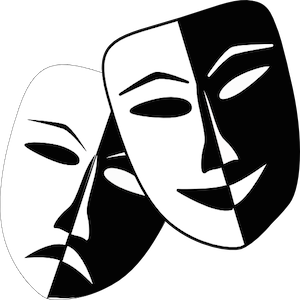 Fans of the theater, rejoice! Great works of fiction were being adapted for the stage long before motion picture became vogue. Which medium is more suited to capturing the nuance of great literature is up for debate, but regardless, attending the theater is a cultural experience everyone should have at least once. Here are ten plays adapted from works of literature, both modern and classic.

Marilyn Campbell and Curt Columbus adapted Dostoyevsky’s classic novel into a ninety-minute, three-person play where each actor performed multiple roles. The script won the Joseph Jefferson Award for Best New Adaptation when it was first published and was performed at various theaters around the country for nearly a decade. The most well known production took place at Writers Theatre in New York City in 2003 and received positive reviews in a number of prominent publications.

The Curious Incident of the Dog in the Night-Time (2012)

Adapted by Simon Stephens from the 2003 book by Mark Haddon, the play premiered at the Royal National Theatre and won seven Olivier Awards in 2013, including Best Director, Best Actor, and Best Set Design. Luke Treadaway, Nicola Walker, Paul Ritter, Una Stubbs (MRS. HUDSON!), and Niamh Cusack starred and Marianne Elliott directed. It will be opening on Broadway at Ethel Barrymore Theatre this October.

This classic horror tale by Bram Stoker was adapted for the stage by Steven Dietz. Though the play never made it to Broadway, it is quite popular among regional and community theaters. The script is available through Dramatists Play Service.

Nick Dear adapted Frankenstein into a play that ran at the Royal National Theatre in 2011. The play was directed by Danny Boyle and starred Benedict Cumberbatch alongside Jonny Lee Miller. The two actors alternated roles each night, switching between playing Dr. Frankenstein and The Creature. The play was also filmed and broadcast around the world. It will be returning to select cinemas for an encore screening beginning October 30th of this year.

The 1999 novel by Tracy Chevalier was adapted for the stage by David Joss Buckley. After success at the Cambridge Arts Theatre, it debuted in London at the Theatre Royal Haymarket, but unfortunately, unlike its film counterpart, it received poor reviews and the initial run was cut short. The London cast included Niall Buggy, Adrian Dunbar, and Jonathan Bailey.

This play was adapted by Frank Galati from the John Steinbeck novel and was first performed at the Steppenwolf Theatre in Chicago. Eventually it made its way to the Royal National Theater and Broadway, where it ran for close to two hundred performances.

Nicholas Wright wrote the script for this play, based on the trilogy by Philip Pullman. Due to its length, the play was performed in two parts. It debuted at the Royal National Theater in 2003 and was revived for a short time from 2004 to 2005. It starred Samuel Barnett, John Carlisle, Dominic Cooper, Niamh Cusack, and Timothy Dalton, among others.

Matthew Spangler adapted Khaled Hosseini’s 2003 book for the stage and used it in his acting workshop in 2007. In 2009 it debuted at the San Jose Repertory Theatre and it has since been performed at other theaters in the U.S. and U.K.

Harper Lee’s timeless classic was adapted for the stage by Christopher Sergel and debuted in Monroeville, Alabama, where it is still performed every spring. This unique production relies heavily on audience participation. The courtroom scene is performed at the Monroe County Courthouse and white male audience members are chosen to play members of the jury. The audience is racially segregated for this particular segment of the play, making the atmosphere of the story uncomfortably real.

Based on the 1982 book by Michael Morpurgo, War Horse is best known for its 2011 motion picture adaptation, but it was adapted for the stage first in 2007 by Nick Stafford. Due to popular demand it was broadcast in theaters around the world this past February, and there is still a smattering of performances happening around the world.