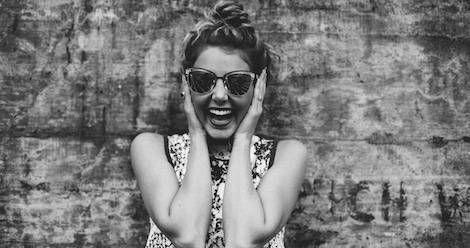 Just for Book Riot readers: sign up for an Audible account, and get two hilarious fiction audiobooks free!

Summer is the season of sun, sand, and vacation. It can also be the season of dense boredom. Long, dull flights and never-ending highways threaten to melt my brain into gibbering goo. So I turn to audiobooks to entertain the lump between my ears. To help you too to save your gray matter from becoming soup this summer, here are ten hilarious fiction audiobooks.

This is by no means an end-all, be-all list of the funny books out there. For one, it’s only fiction. I have a list of hilarious nonfiction audiobooks to scratch that other itch. For another, I was ruthless to get this list down to ten. I also ran into some issues. (Catch-22 is not available as an downloadable audiobook?!) So if I missed one, and you think it’s an absolute travesty that the world hasn’t heard its name, tell me in the comments section!

For Humor with Heart 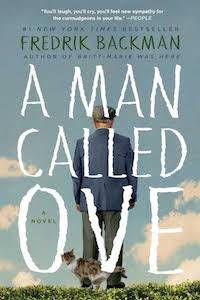 A Man Called Ove by Fredrik Backman – Ove is a bit of a crusty curmudgeon. He’s bitter and stuck in his ways. Doesn’t sound too funny, right? Well, in come his new neighbors to shake up his world.

Leave it to Psmith by P.G. Wodehouse – The P is silent, as in psychic, pterodactyl, and pshrimp. Like Wodehouse’s Jeeves and Wooster, Psmith is farcical and delightfully British. With sneak thievery, flying flowerpots, and a love that forces Psmith to pretend he is a famous poet, Leave it to Psmith spools out of control in the very best way. 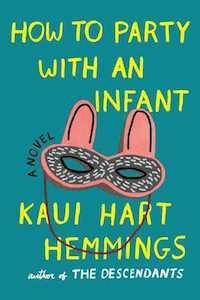 How to Party with an Infant by Kaui Hart Hemmings – Single mom Mele Bart is desperate to win a cookbook writing contest, and she’s more than ready to air all her friends’ dirty laundry to succeed. With the same witty flavor as Where’d You Go, Bernadette? this may be your summer’s next fun read.

A Confederacy of Dunces by John Kennedy Toole – This was one of those books that people recommended to me for years. Every time, I thought: Man, that sounds awful. I finally gave in and read it in college. Ignatius J. Reilly is the poster boy for absurd. He’s ridiculous, pigheaded, prone to sesquipedalian loquaciousness—and yet, you’ll want him to triumph. Who knew?

With a dose of social consciousness 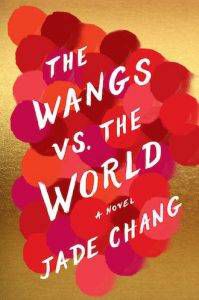 The Sellout by Paul Beatty – When I imagine Paul Beatty brewing the idea for his prize-winning book, I envision him throwing in every dark reality about race relations in the US, every stereotype and inequality. And then he decided to skewer all them. His turn of phrase left me laughing out loud. This made for some pretty odd looks from my neighbors, since I was listening to the audiobook while walking my dog.

The Wangs vs. The World by Jade Chang – Both a quintessential family road trip novel and a hard look at the American Dream, The Wangs vs. The World will crack you up and make you think. Is the American Dream about Capital-S Stuff or is it about something else? What does it mean to truly belong in America? Even as you ponder this, you’ll fall in love with the Wangs along the way.

Heartburn by Nora Ephron – You know an audiobook will leave you in stitches when it’s from the writer of When Harry Met Sally and it’s narrated by Meryl fricking Streep. With adultery, revenge, and delicious cooking, Ephron knocks us dead. Like all of her work, it’ll pull on your heartstrings, too. A must-listen.

Where’d You Go, Bernadette? by Maria Semple – If you haven’t read this book…why haven’t you read this book yet? When it comes to funny books, I couldn’t forget this one. Semple’s flawed characters and absurd scenarios were so true to life that I fell in love. You will to. I’m sure of it. 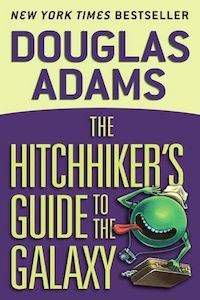 Good Omens by Terry Pratchett and Neil Gaiman – It’s the classic story: the battle between good and evil. Prophesies fulfilled. Evil rising. The Antichrist is born, and…wait, where did he go? Uh-oh. When I asked Twitter for everyone to tell me the funniest book they ever read, this one came up so many times that I finally broke down and listened to it myself. It’s devilishly funny.

The Hitchhiker’s Guide to the Galaxy by Douglas Adams – Originally written as a radio comedy for the BBC in 1978, The Hitchhiker’s Guide was meant to be listened to. I’m sure you all know the story: Earth is destroyed to make room for a hyperspace expressway, and Earth’s least likely hero, Arthur Dent, is ready (kind of, sort of, not really) to save the day. Plug your ears for some Vogon poetry. Contemplate the meaning of life, the universe, and everything (42). Remember: Don’t panic! And never forget your towel.