You Are Not Alone

Often, memoir belongs to the world of the narrator, but sometimes it’s the narrator’s parents’ world that comes crashing down when the writer begins looking inward. 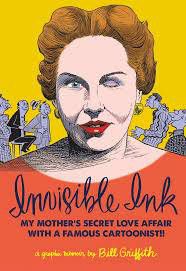 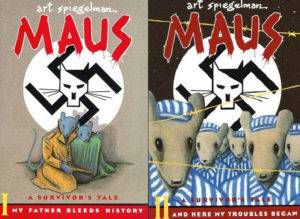 2 & 3) The granddaddy of graphic memoirs about a parent’s secrets is, of course, the two volumes of Art Spiegelman’s Maus: A Survivor’s Tale (Volume 1: “My Father Bleeds History” and Volume 2: “And Here My Troubles Began). Estranged from his difficult father, Spiegelman begins interviewing the older man about his experiences surviving World War II. As the tale unfolds, the author comes to greater understanding of how the traits that drive him absolutely crazy in the present are the virtues that helped his father survive, and keep his mother alive, throughout the Holocaust.

4 & 5) Allison Bechdel finds sympathy for her own parents and the truths kept from her during her childhood. Her story also breaks down into two volumes: one about her father, Fun Home, and one about her mother, Are You My Mother? Labeling the book about her father a “tragicomic,” she traces her discovery of a tremendous lie regarding his sexuality, which he maintained throughout her childhood and which she, in a roundabout way, credits with killing him, while showing her how to best live her own life. In the book about her mother, Bechdel examines a difficult relationship through memory, phone conversation, and psychoanalysis, coming to understand how her mother’s secret affected Bechdel’s childhood. 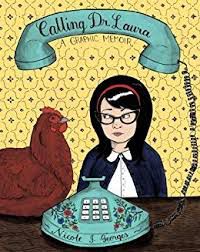 6) Calling Dr. Laura throws the idea of parental secrets into the ring at the very beginning, and then keeps the narrator, Nicole Georges, in suspense until the end. Georges’s always felt there was something funny about her mother’s story about her father, who Georges believes to be dead, so when a psychic tells her that her real father is still alive, she’s open to finding out more. Along the way, she begins to comprehend just how deep her mother’s lies have infiltrated her own psyche and personality development. 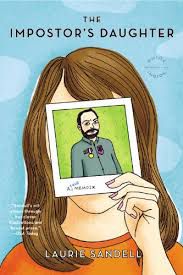 7) While many writers knew that their parents had kept secrets from them, Laurie Sandell believed all her father’s lies until well into adulthood, when none of them could stand up to the scrutiny of research. The Imposter’s Daughter relates her journey to understanding. Nothing her father said was true, because her father was a con man, not just lying to protect himself from the pain of the past, or to protect his family from pain in the present, but as an avocation, so that every aspect of Sandell’s life is touched by confusion and untruth. 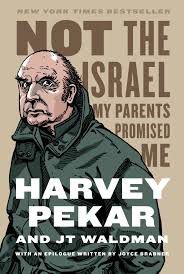 8) Heavy realist Harvey Pekar wrote Not the Israel My Parents Promised Me. Framed by his retelling of the history of the country to the illustrator, JT Waldman, it’s also a story about his parents and their particular religious and political beliefs: how they affected his development, and how he broke away to come to his own conclusions about Israel. Lies and secrets can also be reframed as mythologies, but it can be just as hard to break away from fairy tales as from any other framework. 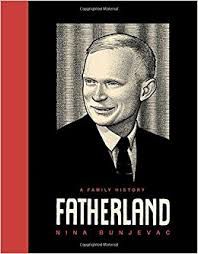 9) In Fatherland, Nina Bunjevac knows that her mother hasn’t provided her the whole story during her childhood, and she wants answers. Why did her mother leave her father and take two young daughters to Yugoslavia, leaving a third sibling behind? What’s her father’s connection to a Serbian terrorist organization? What is the origin of her mother’s irrational fear? Her father’s irrational sadism? Frustrated with her mother’s selective memory—a survival mechanism, perhaps—Bunjevac sets out to uncover the truth. 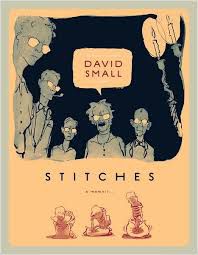 10) David Small bases Stitches: A Memoir, on his experience of waking up from an operation having lost a vocal chord, and the ability to speak. The source of the tumor in his throat is only one of many lies and secrets; as Small’s condition continues to affect his family, the brunt of their deceit falls on his head. Only with the help of a therapist does the author begin to understand the painful truth about his own life, and the ways his parents’ lies about themselves shaped his reality.