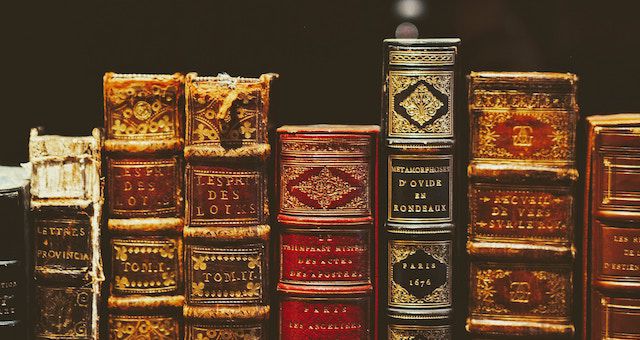 Critical Linking is a daily roundup of the most interesting bookish links from around the web sponsored by Wicked Bite by Jeaniene Frost.

“At that time, in what might be best described as accidental mimesis, I was in the foggy middle of writing a novel about a lost science fiction manuscript written by a Latin American refugee from the 1920s. At some point, while both finishing the resulting novel, The Lost Book of Adana Moreau, and searching for my great-grandfather’s poems, which my grandfather incredibly discovered on his 100th birthday, I began to wonder about the innumerable books condemned to the abyss by personal and historical ruptures of space and time, and all those books nearly lost to history which, through impossible odds, still reach us like shadows from other worlds. ”

The premise of this post gave me Shadow of the Wind vibes.

That’s a lot of cheddar.

“When you inspect a little closer, one detail jumps out—small, almost hidden in the red background, a button reading, “This isn’t him.”

The site is actually maintained by a digital squatter, who says they are willing to return the domain to its rightful owner, under one condition: DeWitt must read the squatter’s unpublished novel.

‘Patrick deWitt is an award-winning author who has written 4 best-selling novels,’ the website states. ‘This is not his site. I have not written any award-winning books. Over the past five years, I have written one very unpublished novel, which the world has met largely with indifference.'”

That’s certainly one way to try and get your book published.